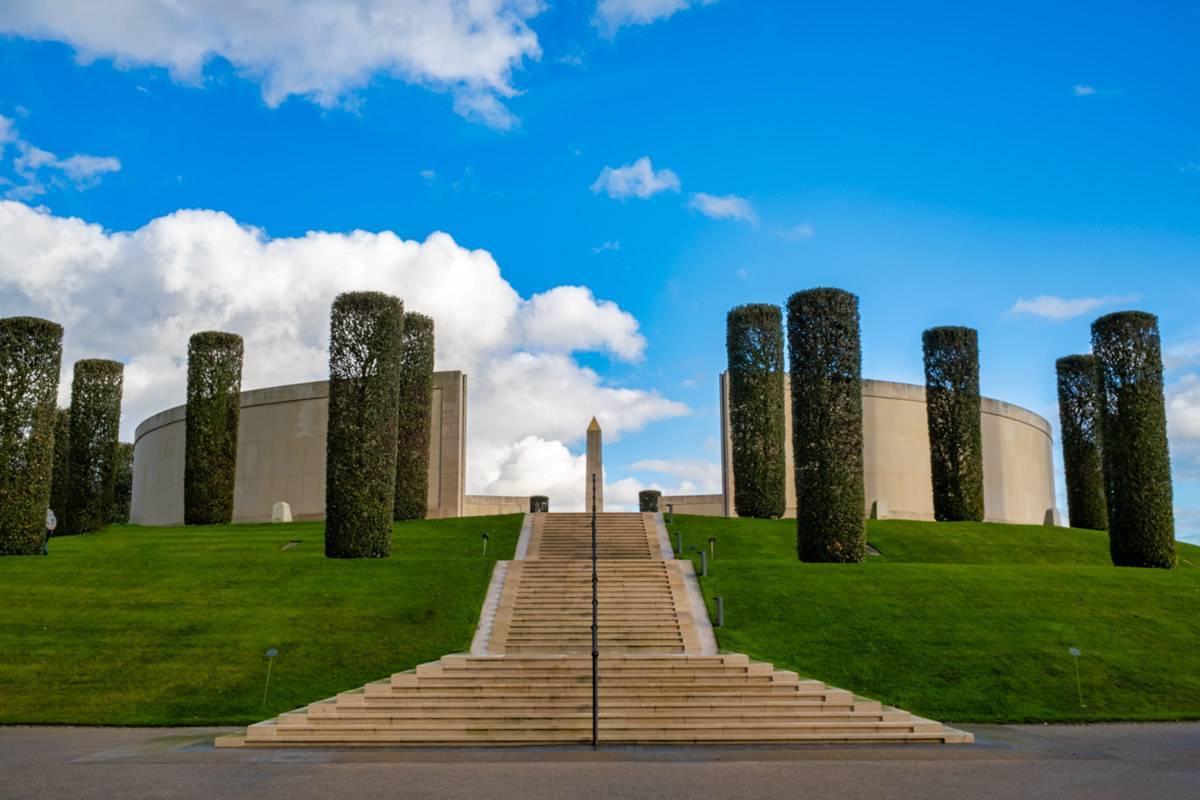 Instameets are friendly photographic get togethers where you meet like-minded people for a social chat and take pictures.  The meetings are also held at fascinating venues around the West Midlands.  My usual patch is IgersbirminghamUK or the Westmidlandsphotocollective. Both hold meetings at venues which provide a multitude of photographic opportunities.  Igers_staffordshire is a group that hold Instameets around the Lichfield area.  The venue for this meeting was the National Memorial Arboretum in Staffordshire.  The Arboretum occupies a large swathe of land just North of Lichfield and is well signposted off the A38.  However, it is a place that I always pass by and think to myself that is somewhere to visit in the future.  When Igers_staffordshire advertised the event then I quickly signed up.  The meeting started in the car park which is one of the strategic places in the Arboretum.  Whilst entry to the site is free, car parking is strictly controlled and must be prebooked.  The entrance and the welcome buildings guide you through to the main body of the Arboretum.  I was greeted by the organisers and it is easy to work out who the photographers are as you will not miss the tripods, backpacks and cameras on display.  Once through the entrance we made our way to the most commanding monument which is the Armed Forces Memorial.  It is not difficult to miss as it sits as a raised structure with an attractive circle of trees.  We posed on the steps for the picture of the group and then started exploring.

You find yourself pulled towards the Armed Forces Memorial, up the steps and into the inner parts.  It borrows heavily in architectural design from the Greeks and Romans.  It is impressive, and it was here that I met Kenneth who is a volunteer at the National Memorial Arboretum. We got talking about the Arboretum and Kenneth outlined some of the major features about the place. He showed me where a shaft of sunlight shines through the gaps in the southern walls onto the central bronze wreath on the 11th hour of the 11th day of the 11th month #Armistaceday. Kenneth does two days volunteering and is out in all weathers, greeting visitors. His welcoming smile and enthusiasm help visitors to get the most from their visit. Kenneth is one of many volunteers who I met during my time at the Arboretum. I explained to Kenneth about my ‘100strangers’ project and he agreed to being photographed. This picture shows him standing in the centre of the #ArmedForcesMemorial near the central wreath with the #cenotaph in the background.

Next, I set off to visit the rest of the Arboretum.  There were several memorials that I passed along the way including those to the Iraq war and The Polish War memorial.   I did like the Irish Infantry Grove.  The paving stones are set out with a map of Ireland.  From there, I wandered into the trees and was taken with the numerous discs with messages on them.  There is so much to take in and this blog only touches the surface.  I posted several sets of pictures on Instagram.

The first is a set of lines and colours that made an impression on me. The #shotatdawn memorial by artist #AndyDeComyn was particularly moving.  Consisting of stakes in the ground representing the young men shot by firing squad.  There are several other memorials captured here.

My other reflection from my visit was the numerous Connections in the Arboretum and this is the link for this series of photographs including pictures with permission of soldiers remembering people behind the names. The sun and the rain connect with the memorials to enhance their stories.

It was a moving day out and I covered a fair amount of the Arboretum.  There is still much more to see.  These are the best of the pictures although there were many more to discover. Several of the memorials have been cleverly designed to catch the natural elements such as the sun and rain providing reflections and opportunities for carefully taken pictures that bring out the best in their design.

Finally a big thank you to @igers_staffordshire for organising this instameet. I also met such great fellow photographers.  Follow #igersstaffordshire_nma for all the pictures taken by the group on the day. 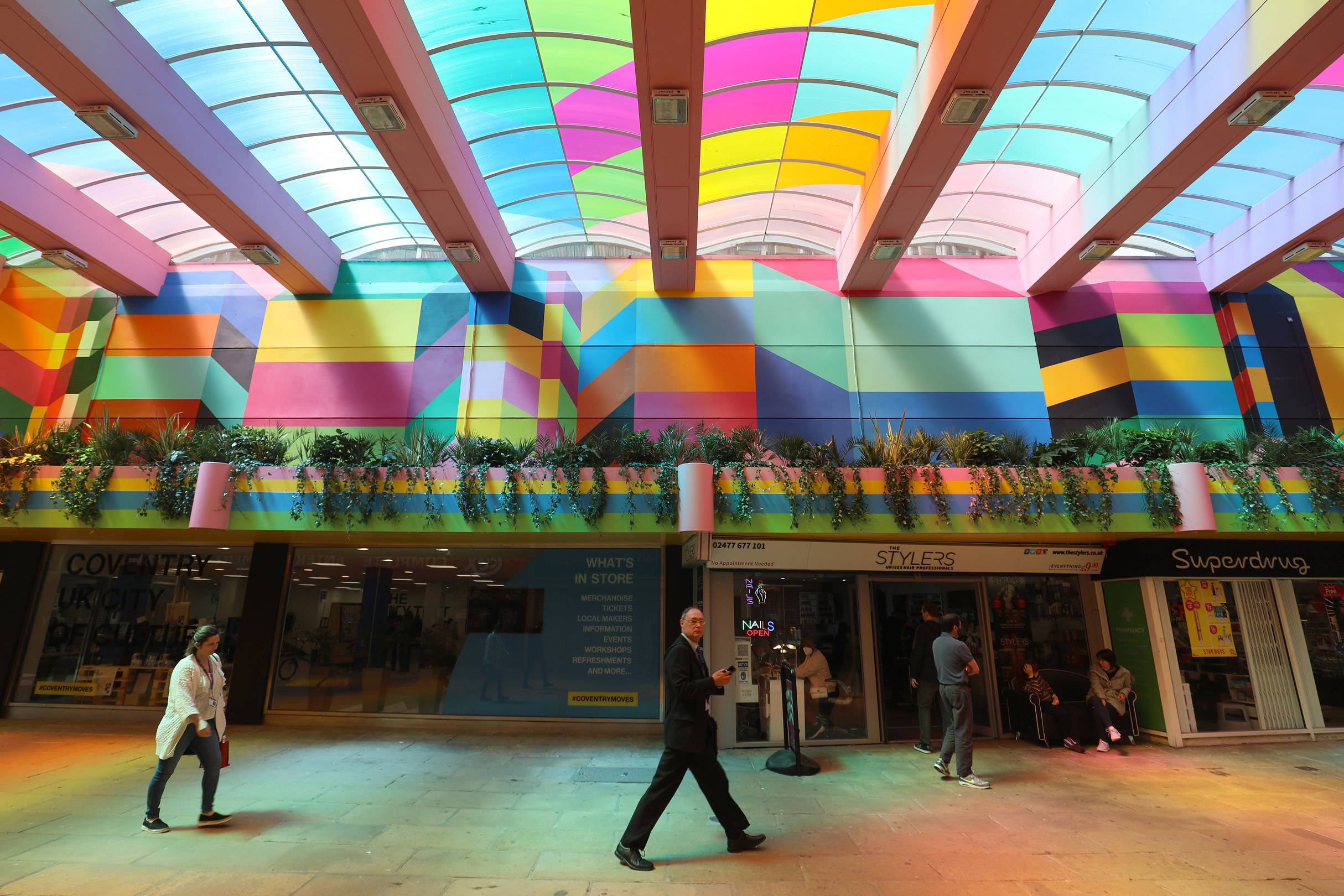 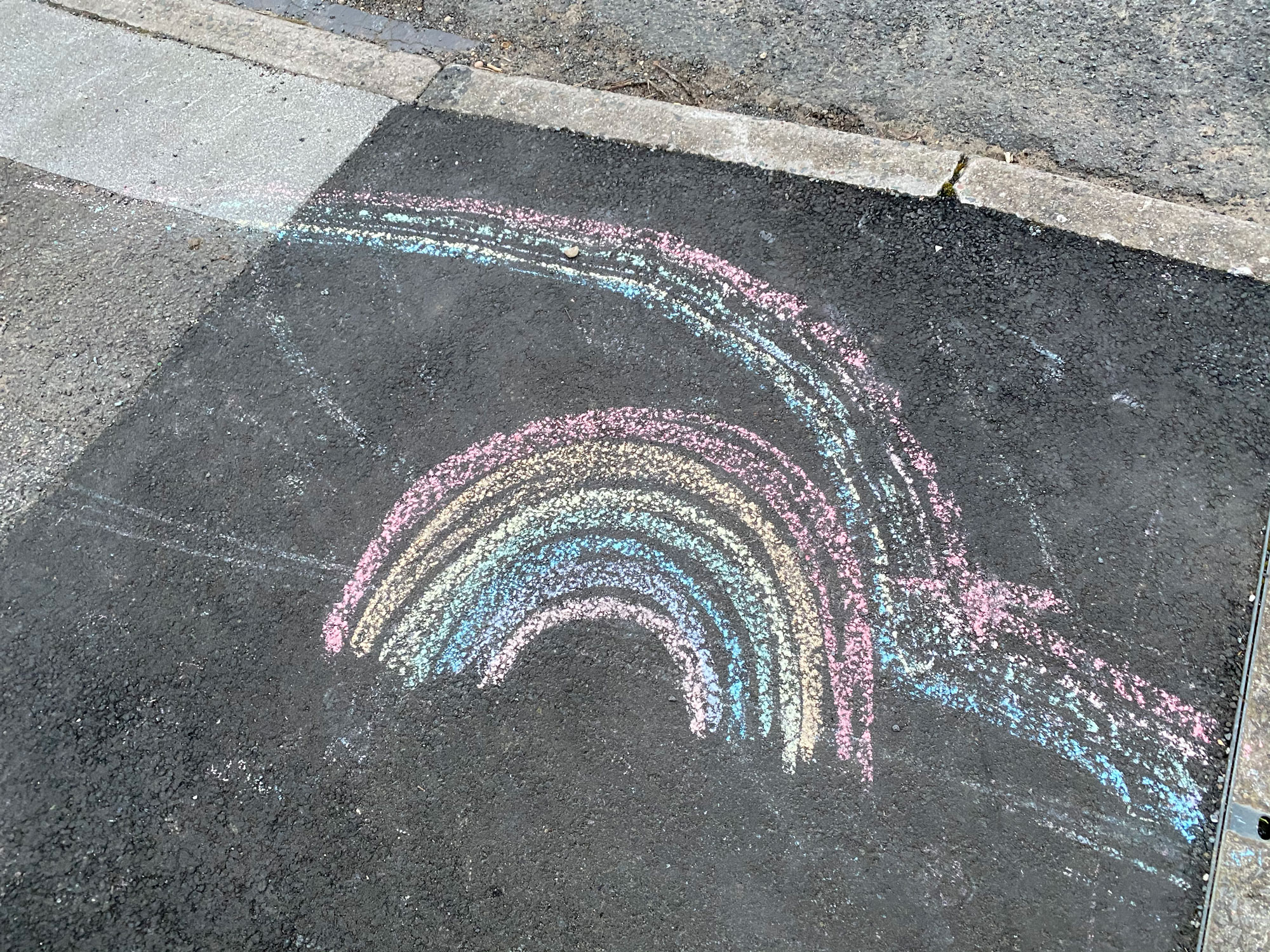 There is a pot of gold at the end of a rainbow.  It is the feel good factor that thousands of children across the country have drawn a rainbow and put in their front windows.  Other children have drawn the rainbows in chalk and they brighten up the pathways outside houses.  These are a few examples from our village of Knowle near Solihull.  Chasing the rainbow brings much hope to people and is a way of connecting everyone through this terrible crisis.