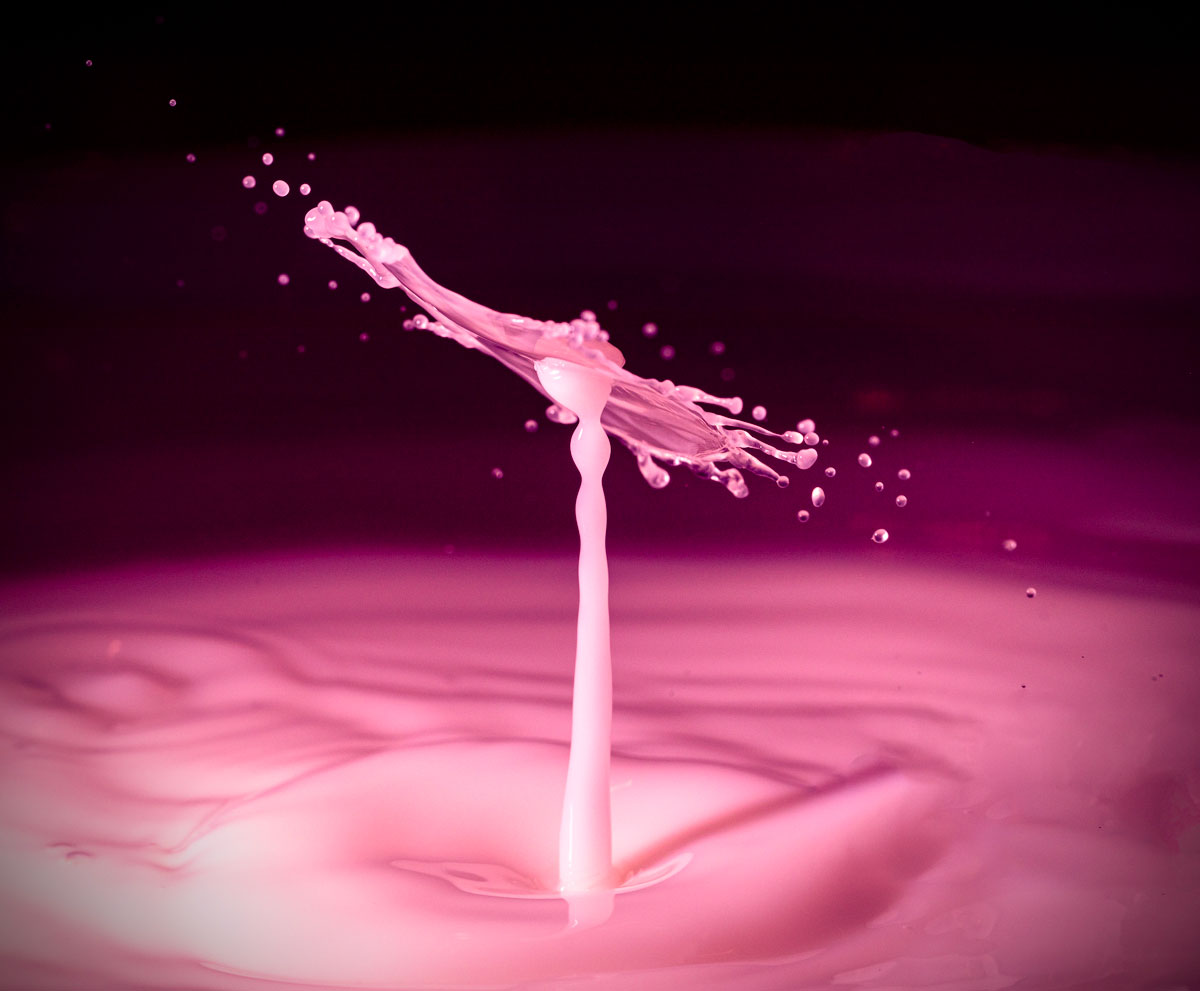 Setting up – I quickly learnt from watching YouTube tutorials that this is key to your success when photographing droplets.  One of the best purchases I have made was a wireless off-flash unit which has added much needed flexibility. Having such a unit is a necessity for a water droplet project. In addition, I also needed to drip the water from on high. I searched on the Internet and hunted around the local supermarkets.  Luckily my oldest daughter, Katie, found a hard plastic jug with a small tap placed towards the bottom of the jar.  Perfect for making drops!

Then causing chaos with the family, I took over the kitchen.  Buckets of water, step ladders, pints of milk and food colourants were all assembled on the kitchen table.  The pictures show the various components that were used. The water jar was placed on the top of a step ladder with the water buckets underneath.  My camera (Canon 5D mkIV) and EF100mm f/2.8L Macro IS USM are on a tripod.  The off camera flash is set up to fire at 1/32 which I learnt from a YouTube tutorials, was a good starting point to freeze the droplets. During my last attempts in lock down did not have all the bubble droplets in focus and so a small aperture was selected.  I started with f/11and did increase to f/22 for some pictures.

The milk (blue top for thickness) was placed in a dish.  To help with the focusing I used a Lego pirate figure which was placed under where the drip hit the milk.  Now I was all ready to go and it was very much trial and error.  I had a remote to activate the camera and this allowed me to also control the tap.  If you wish to get even more serious then there are special timed drop release mechanisms, but I just went for the manual option.  Experimentation with the food dye was not as successful and needs more practice.  All the pictures were in focus and looked satisfactory on the camera screen.  Around 60 pictures were taken and then it was all about the editing.

Editing was in Adobe Lightroom.  I played with the colour sliders to bring out the red, blue and green colours.  One of my earlier attempts looked quite spectacular as an upcoming primary droplet hit a new one.  It produced a water halo effect.  I was pleased with this.  In my best other pictures, there was a droplet crown and a symmetrical water droplet.  I was rushed as the Sunday dinner needed to be prepared and the kitchen chaos had to be cleared away.  I have written this all up so that I know what to do next time.  I strongly recommend trying it out as if you have a good macro lens and off-camera flash then the other essentials are relatively inexpensive.  If you found this account useful then let me know and have fun taking photographs.

If you liked this account then take a look at my Oil and Water blog. 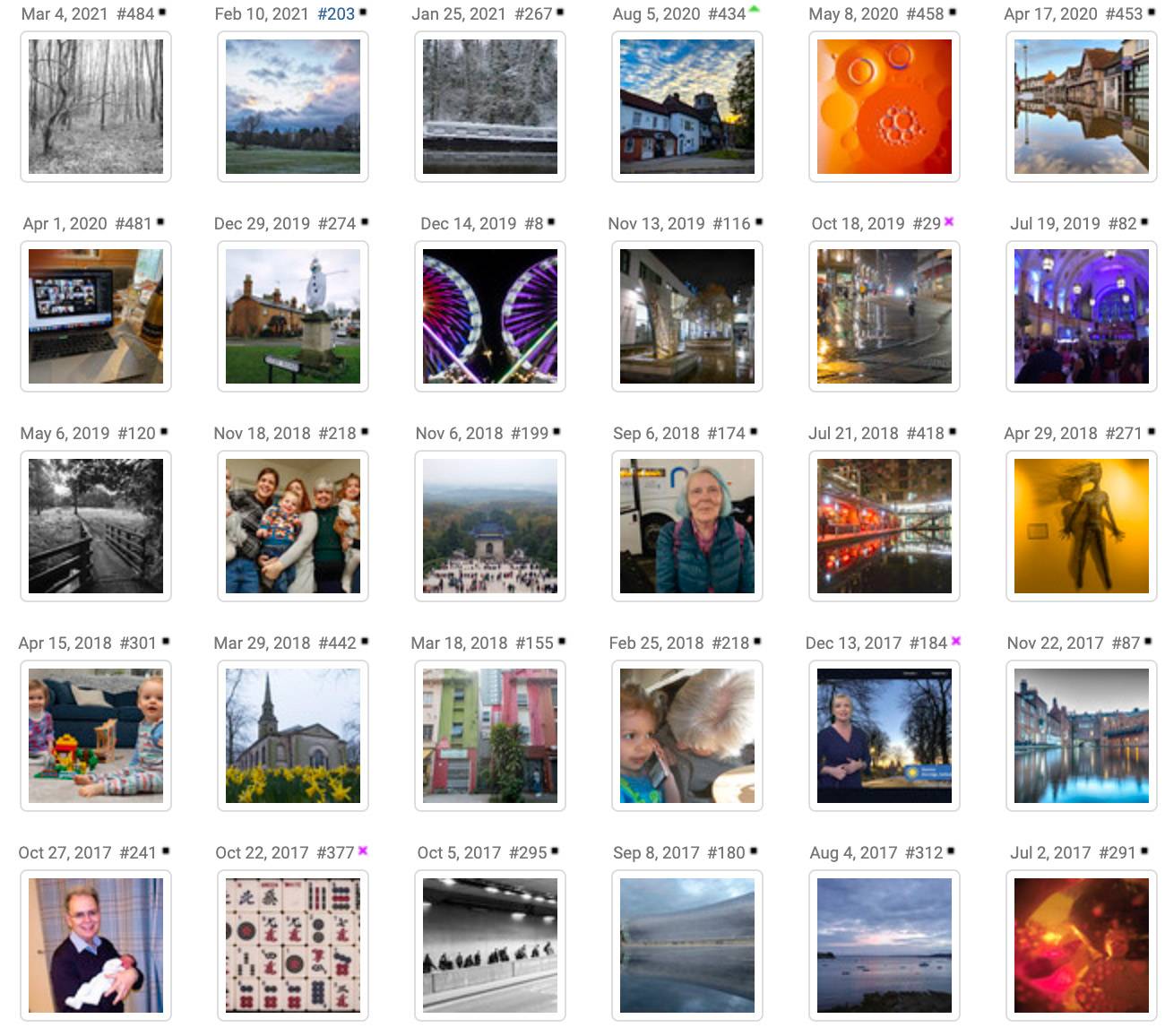 The Instagram algorithm is often blamed for not giving your photographs sufficient exposure. In reality it is how you engage with Instagram that brings success. I find the Flickr algorithm just as fascinating. This year I have had three pictures “In Explore” compared to the same number for all of 2020. All algorithms require you to constantly interact with your social media feeds. Flickr Explore is no different. In Instagram, the algorithm relies on several easily identifiable factors. Searching the web will immediately provide tips on how to improve your Instagram likes. They are not rocket science and are generally in relation to timing of posts and the interest in your photograph. Of course this is social media and the secret is keeping your audience happy with liking and commenting on their pictures as well. That is not a secret I hear you say! The Flickr Algorithm is just the same and it is about interacting with the people who are posting the photographs. They term the algorithm interestingness and on many occasions it is not necessarily a great photograph that gets into explore. However taking good photographs does help to get your photograph noticed in the first place. Amassing a large number of likes is so intoxicating and being on Explore is a popularity contest. I find that with the Flickr app my phone starts flashing first thing in the morning and then continues during the day with all the likes tumbling in. It is not uncommon to receive in excess of 40k likes for a highly placed picture in the Flickr top 500 of the day.

The three photographs featured here received around 4k in likes plus invites into different groups. Someone told me that Flickr is dead in the water. I tend to disagree as when a picture gets into explore it feels like the site is truly alive and kicking. The three pictures featured offer nothing different to my other photographs on my Flickr feed but each has its own story. The first one featured this year is a canal boat in the snow and is a particular favourite of mine. I deliberately took the picture side on and wanted to layer it so that the lower third featured the boat and then the eyes move upwards to see the snow covered trees. It provides that snowed in feeling and it also looks very cold. The question is whether there are people living in the boat and are they feeling the cold as well? There is a sense of isolation. This picture was taken during Lockdown #3 so isolation is very much on the viewer’s mind.

The second picture was in Knowle park. The back story was that there have been many dull days during this third lockdown and on this particular evening I was desperate to get a great sunset. Early in the afternoon, it looked promising when I set out and then when I reached the park the clouds closed over. I was so annoyed and started to make my way back home. Suddenly and to my joy, the clouds parted once again for around a minute. I saw a walker and aimed to catch him in the image but by the time I had lined him up he was far to the right of the picture. When I got home I was still not impressed with the photograph so I went to work with the sliders. I was a bit slap dash in my approach although it did look pleasing to me. The Flickr algorithm picked it up and the likes and comments followed.

Once you have been on Explore you cannot get back on for around 9 days. If you are in favour with the algorithm then after this time you can anticipate when the next selection is about to occur. I had a large spike in likes for one picture but no explore and then two days later this woodland scene went into explore. I took the picture in Clowes Wood near Earlswood reservoir. All the trees in this part of the wood were straight and in the foreground there was this one crooked tree. It had eventually found out how to be straight when placed against its siblings in the background. Again I played around with the photograph in post production and whilst it was misty, the fog was not that evident. I went for a Silver Efex Pro 2 filter and used the Hi Key feature. It looked good so I posted it on Flickr – once again there was a great response to the picture.

I have done a colour version and for this one I used the Skylum AI filters which also gave a nice effect. You can judge for yourself which you feel makes the better picture.

Many people now look down on Flickr and have drifted off to Instagram but the SmugMug team have updated the Flickr algorithm and made it more relevant to present photography users. Therefore I would advise, people to give Flickr another chance.

I will leave a discussion on the Instagram algorithm for another blog as it is slightly different approach but again the key as with Flickr is interacting with your audience.

So you want to know more!
Here are the Flickr Explore links
– Flickr Explore which is the official link for the top 500 photos of the day
– Although I do like the Fluidr display which is retro and cool
– Here are all my pictures that are in Explore

Some previous posts on my activity on Explore
– In Explore from 2019
– “In Explore” from 2017 (I have been blogging for some time!) 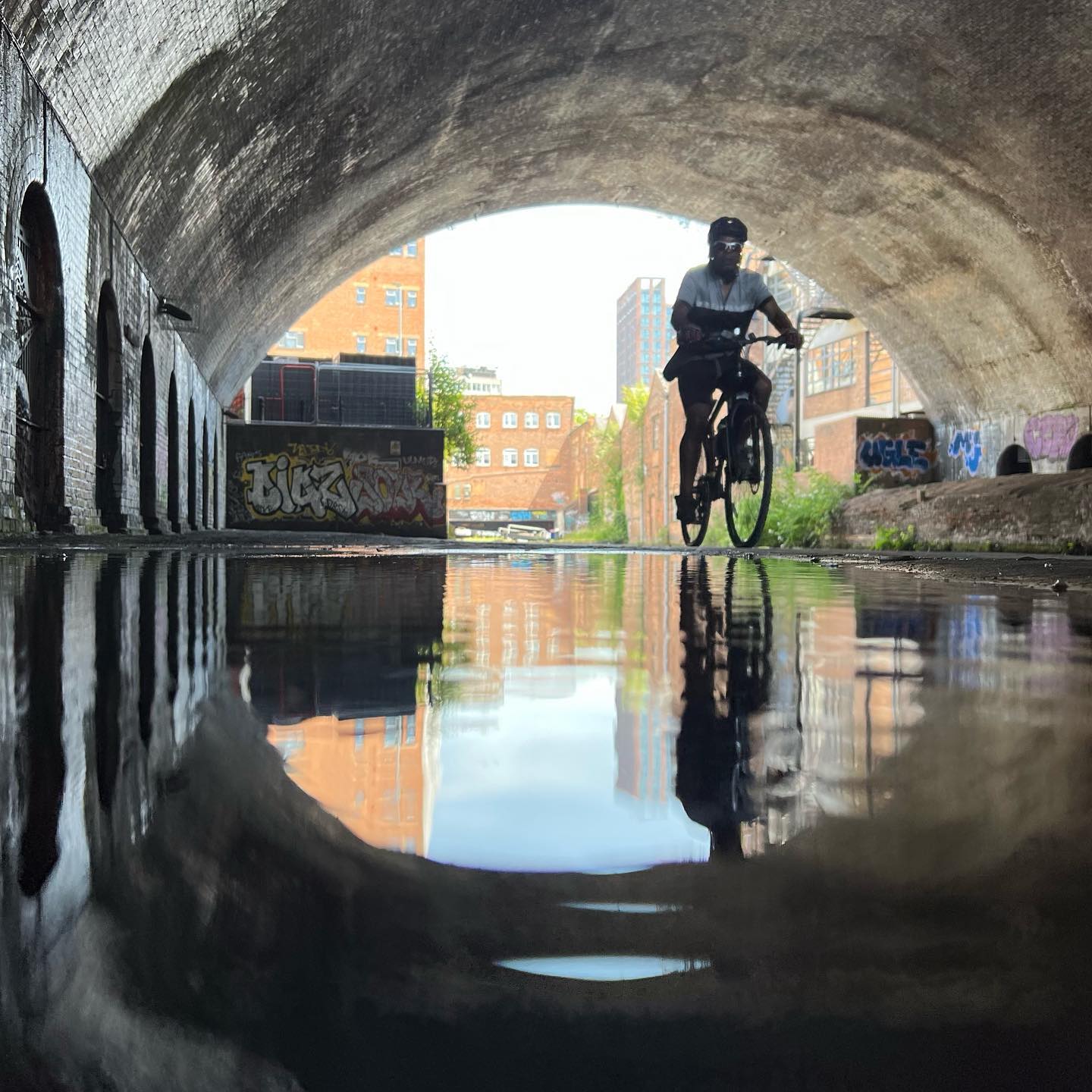