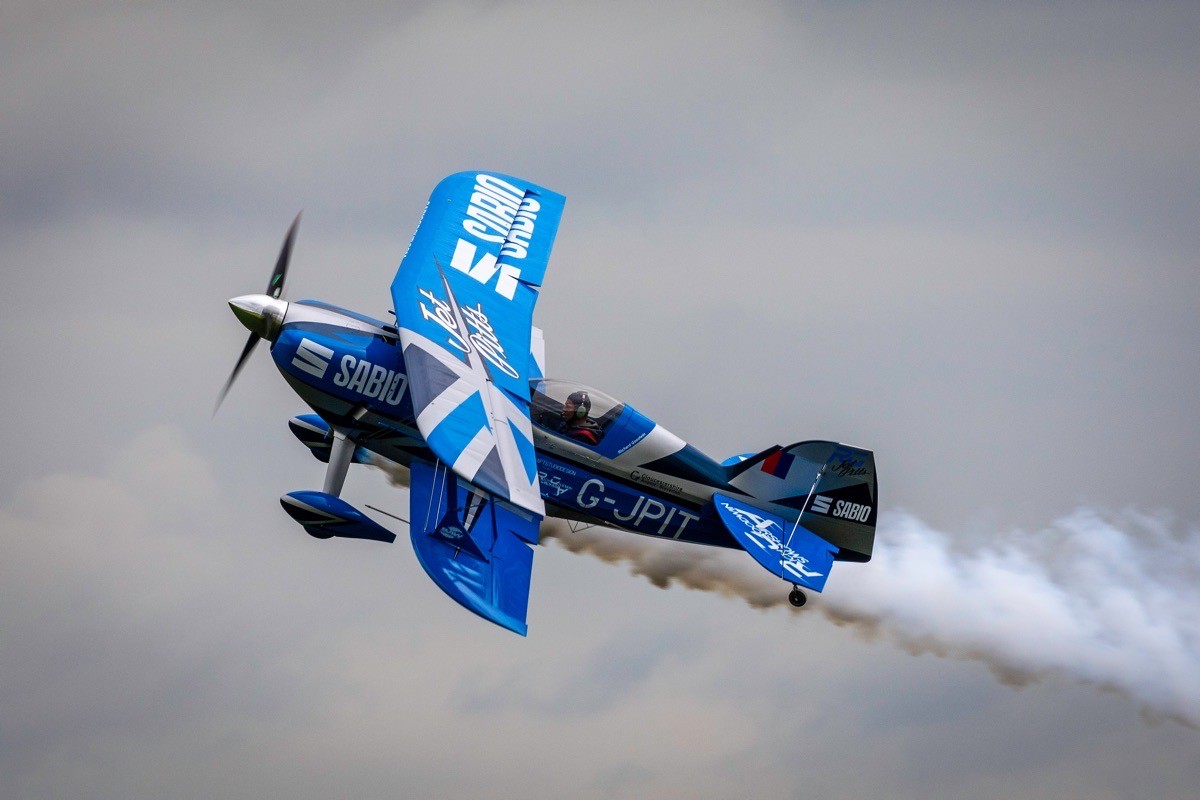 A stretch of green in the Warwickshire countryside close to Bidford-on-Avon is the home of Bidford Gliding and Flying Club.  With the decline of Covid, many fairs and fêtes are back on the calendar and ‘Wings and Wheels’ promised to be a well-attended event.  On arrival, the wheels were in full force with an impressive display of classic cars on one corner of the airfield.  I enjoyed seeing the old Jaguar and Alfa Romeo cars as these were a particular love of my father.  There were many other cars present including a monster truck alongside the tractors.  The gleaming chrome work and the rainbow of colours made for some good photography.  The morning was overcast so there were no dark shadows to contend with when photographing such subjects.  The classic cars were lined up boot to boot and in-between the lines the owners and their families were sitting around on deckchairs discussing their cars.  The pride and joy invested in their hobby was plain to see.

During the morning, propeller planes started to land on the grassy runway, shifting people’s attention away from the cars.  It was the start of the ‘Wings’ to take the centre stage.  The planes were colourful with both single wing and biplanes displayed.  The proud owners were making last minute adjustments to the wings and fuselages polishing the outside and checking the engines.  The main reason for attending the show was to watch Rich Goodwin undertake an aerobatic display as a warmup to the forthcoming RAF Cosford Airshow.  Rich was to be the subject of a BBC Midlands Today news item. His entrance to the meeting teased the crowds, as two colourful biplanes flew overhead with smoke trails behind them.  After landing and parking up, the red and blue biplanes, one red and blue, became the centre of attention.  The blue biplane with the marking G-JPIT belonged to Rich Goodwin and upon his arrival on the airfield, he generated a wave of enthusiasm and anticipation for the forthcoming airshow.  We did not have long to wait and after a several flypasts by other classic planes, it was the turn of Rich Goodwin to perform.  With a flurry of smoke accompanied by the noise of the engines, the biplane took off with a low pass over the fields.

It was exciting to watch as the plane drove upwards in a twisting motion with a long smoke trail highlighting the ascent.  At the summit of its vertical path, the plane seemed to stall, fall backwards into the smoke trail, and then suddenly shoot forward.  The circular movements combined with flying upside down, rolling this way and that were occassionally difficult to follow.  This unpredictability was part of the fun of the display.  The impossible seemed to be possible and Rich Goodwin did it time and time again during his performance.  As quickly as it had started, the final fly past began, and Rich landed his plane to great acclaim from the assembled spectators.  Bravo for such a remarkable and memorable display.  Following this, my friend John Bray filmed Rich for a BBC Midlands film. It was also time for me to depart.

On the way out, I came across the Motorbikes and got lost in photographing the many different new and old bikes that were on display.  The bikers were in good form and enjoyed having photographs taken.  Thanks to the Bidford Gliding and Flying Club for organising the ‘Wings and Wheels’ day and good luck to Rich Goodwin in his future airshows.

If you wish to know more about Rich Goodwin, he has his own webpage with lots of info.
You can always visit the pages of the Bidford Gliding and flying Club to learn more about their activities.
There will be a link to the BBC News item on Rich Goodwin as soon as it is available.

Meanwhile I took so many pictures of the event so if you have reached this point in the blog then I have put a quick gallery together of all the other photographs I took.