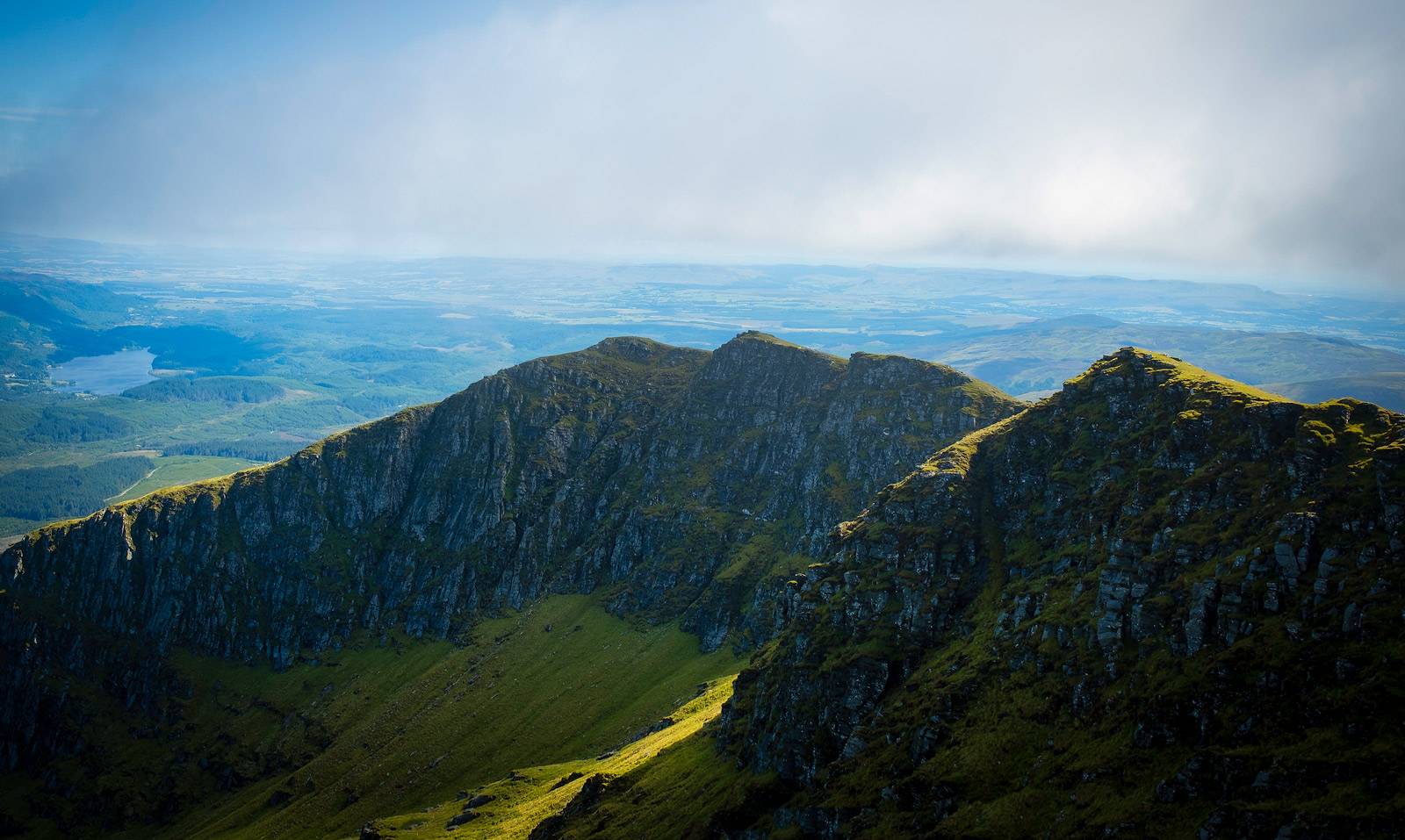 Many years back we visited Loch Lomond and our group climbed Ben Lomond. Not all of us made it to the summit and only Natasha, my middle daughter, was successful. Twenty years on, we were back. This time, Siân and I wanted to make it to the top and Natasha was keen to do the double. The weather was warm and sunny when we arrived at the base car park in Rowardennan on the east side of the Loch. It is directly on the opposite side to where we were staying but took a good 45 minutes to get there by car.

We set off in high spirits. Straight away, Natasha found the going difficult and I was worried for her. After her initial worries subsided, she got into a routine and was determined to carry on. As soon as we had come out of the forest, the views of Loch Lomond were beautiful and the higher you got, the more spectacular they became. As the pictures show the day was ideal for viewing the scenery as we moved towards the top.

The path has both step sections and then long parts which have a lower incline allowing some respite during the climb. There are several false dawns as you think you are reaching the top only to realise there is another part of the Munro to climb. The cloud lingered around the top but when we finally saw the Trig Pillar, we knew we had achieved our goal.

For Rob and Jim this was their first Munro that they had bagged.  For Siân and I, we had finally done what we had not achieved during our last visit.  For Natasha it was a personal achievement especially considering how she felt at the beginning of the trek.  We took our pictures, had our lunch, and then set off down the trail.  It was quicker going down, but it also involved and stretched different muscles.  On the way down we met some rangers who were repairing the path and we remarked how fit they must be on their walk to work half-way up Ben Lomond.  They quickly replied that it did not worry them, and they will sign us up tomorrow for the work!  After 5 hours, we were back at the car, weary but very pleased with ourselves.  For me, it had been a great opportunity to photograph the day and I hope you enjoy the pictures.

For more details of how to get to and climb Ben Lomond, then there are several good sites including “walkhighlands”and “Visit Scotland”that give a range of resources. 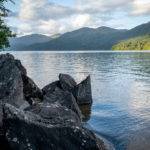 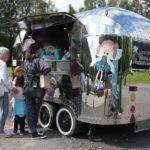